Rome as you've never seen it before

Itineraries in the city and out of town with a professional guide,
just for marathon runners, their families and friends

THE THEATRE OF WONDERS
ROME WALKS 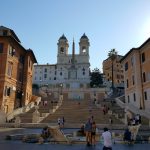 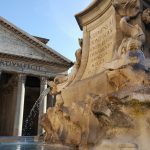 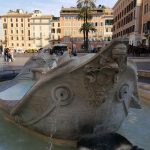 Its different squares that have been the scene of glorious and memorable events over the centuries are true jewels of art.

Retrace history with your guide through the narrow streets and open squares of the city centre ... with lightness and a great desire to enjoy the daily show on offer to residents and visitors alike.

Departure from Piazza del Popolo and arriving at Campo de' Fiori, touching the Spanish Steps, the Trevi Fountain, Piazza Colonna and Montecitorio, the Pantheon, and Piazza Navona with Bernini's Fountain of the Four Rivers.

UP AND DOWN THE HILLS, WITH A TASTE OF ROME
ROME WALKS 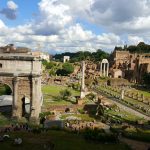 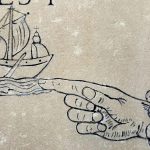 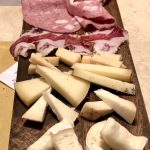 The famous Capitoline Square (planned by Michelangelo) is the starting point for this beautiful walk, from which you set off to explore the unknown.

Follow your guide, from the hill dedicated to Jupiter, with its spectacular view of the Roman Forum and Palatine Hill, to the Tiber River, passing through the Jewish Ghetto.

Once you have crossed the tiny Tiber Island, wander through Trastevere to reach the top of the Janiculum Hill with its stunning panoramic view of the entire city of Rome. 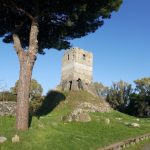 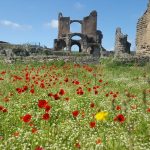 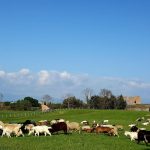 The ancient Appian Way exits the city of Rome through the Porta San Sebastiano, one of the most beautiful city gates still existing in the entire circle of 12 km (once 19 km) of the impressive Aurelian Walls.

It is the most important ancient Roman road connecting Rome to Brindisi.

Known as the “Regina Viarum”, it is immersed in an idyllic setting with its ancient monuments, towers, imperial villas and mausoleums; all to be discovered walking on the ancient Roman paving stones.

FREE ENTRANCE for 2 people (one marathon runner + one companion) from Friday 17th to Sunday 26th September to the sites of the Appia Antica Archaeological Park with RRTM code and bib. 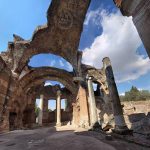 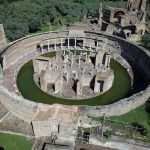 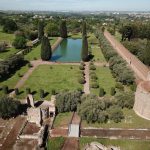 It is definitely a spectacular place, where art and nature coexist in 80 hectares of parkland.

Proudly added to the list of UNESCO sites just 20 years ago (together with Villa d'Este), the archaeological area preserves what remains of the sumptuous personal residence of Hadrian on the outskirts of Rome.

Once he had chosen this spot away from the chaos of the city, he personally oversaw the design of the Villa consisting of an articulated complex of over 30 buildings with numerous references to the places visited by the emperor such as Greece and Egypt. 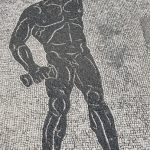 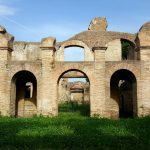 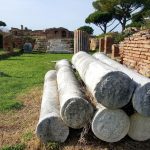 Fire brigade barracks, spas, public baths, insulae (ancient apartment blocks), streets, shops, mills, laundries, temples, warehouses, domus, the theatre and the positions of the highly efficient guilds of traders who stopped in Ostia and managed their profitable trade to and from the capital of the Empire.

We are at the gates of Rome; we are in the port of the capital of the Empire! Ostia was a very crowded city, full of everything! Noisy, industrious, with many comings and goings of goods, wagons, slaves, people and much more!

Visiting Ostia Antica is an electrifying experience for everything it preserves and still tells today about the habits of the ancient Romans, their beliefs, and their daily life.

Available languages: Italian - English - French - German - Spanish | other languages on request
All costs are intended exclusively for marathon runners and their companions.
The tourist guides involved are all associated with GTI - Italian Tourist Guides, a national network of hospitality professionals at the service of tourists and those traveling for various reasons.
GTI guides are eager to tell you about our beautiful country with passion, competence and with the right words to suit each of you.
Choose the tour you like best, book the route that inspires you the most, walk along the streets of the Eternal City and explore its surroundings in the company of a GTI guide.

Looking for other proposals?
Interested in doing other tours in Rome and Lazio?


The initiatives are sponsored by GTI, a national association of tourist guides, in order to sensitize visitors on the role of the licensed tourist guide in promoting the Italian historical-artistic heritage and contributing to its sustainability.
GTI intends to highlight the importance of the professional in the tourism sector at a national level and its peculiarities in transmitting their historical-artistic knowledge of the sites and of the customs and habits of the inhabitants of the places, with effects of emotional involvement and participation.
GTI is in no case responsible for the professional service carried out by the individual tour guides appointed by the agency, in relation to the requested guided tour, and for the observance of the rules of diligence and safety, including health, as well as in relation to the agreed fee.
Any contractual participation, including intermediation, by GTI is excluded.